After a child has worked with the wooden moveable alphabet, the child is introduced to a moveable alphabet made from paper or thin plastic with the lower case on one side and the upper case on the back.  This alphabet has about 25 of each letter so that they can begin to write sentences.  Usually two colours of this alphabet are given so that phonograms can be isolated in a different colour when learning them.  I’ve also seen some green phongram moveable “alphabets” with the main phonograms given in order that the child has all the sounds available.

Pumpkin 1 isn’t quite ready for this alphabet but I figured I’d better start making it.  I wanted it in cursive and so far I’ve only found ready made print ones available for purchase and I wanted to save a little money doing my own.  I found a PDF online and purchased it but I discovered that it couldn’t be printed back to front.  One had to print the lower-case and upper-case on separate sheets.  This would mean twice the amount of cutting and then sticking them together for laminating.  Cutting and laminating and then re-cutting 25 of each letter for two alphabets is a lot of cutting.  I didn’t want to have to add to that.  So I created my own version to print and designed it to be printed front to back.  Because I found my printer doesn’t print exactly the same depending on how it draws in the paper, I put lines on only one side for cutting, with no lines on the back so there was no worry if it printed off a little; it wouldn’t be noticeable.

I made them the right size to fit into this container sold on Amazon.  (click photo for link) 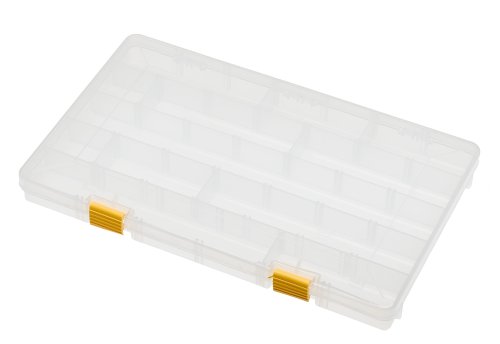 My printed alphabet PDF is available for purchase on my Etsy store.  It comes with 4 sets of alphabets in black, red, green and blue and a green set of phonograms.

A tip for those printing and laminating their own.  Put a dab of glue stick on the back to keep the pieces in place in the laminating sheet.  After it goes through the laminator the glue won’t be visible or ruin the print in anyway.