So our new math materials from IFIT arrived quicker than I expected.  I was very happy with the quality.  I’ve always been happy with my purchases from there.  Pumpkin 1 was excited to use them.  I realized after that I should have done the change game before addition, though it’s not necessary.  However now that we’ve done addition I think I’ll stick to static addition (no carrying) and then introduce changing once she’s confident with addition.  I’m planing to teach her to add from left to right than right to left since that’s how you use the soroban. 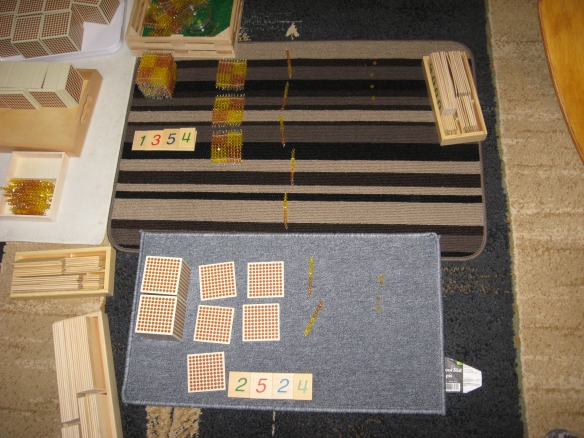 So first we did two amounts on different mats.  The wooden cubes and squares and the large and one of the small number sets are all from IFIT> 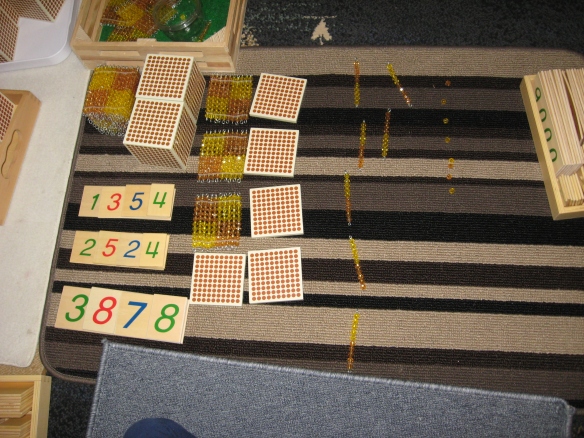 Then we moved all the materials onto one carpet to “add” them together.  It’s such an ingenious way to teach addition and really gives a child the concrete, hands-on experience of it. 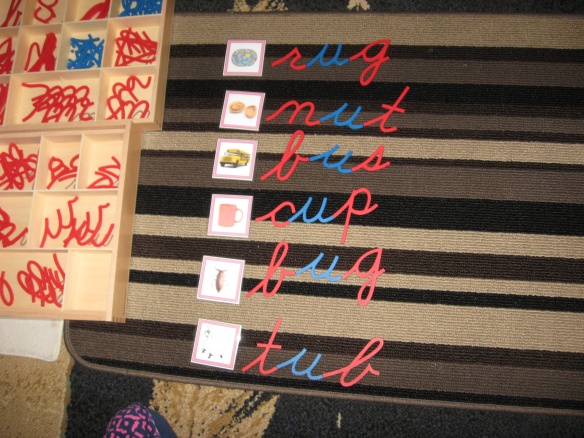 I’d been struggling on how to move forward with language and the moveable alphabet with Pumpkin 1.  Someone suggested trying the Montessori Pink Series.  I downloaded the card set for free from The Helpful Garden.  It went over really well.  Pumpkin 1 was really into writing the words.  I think it helped to have them sorted by the vowel.  It was too hard for her to hear the different vowels so this way it’s easier for her to break down the word to write it. 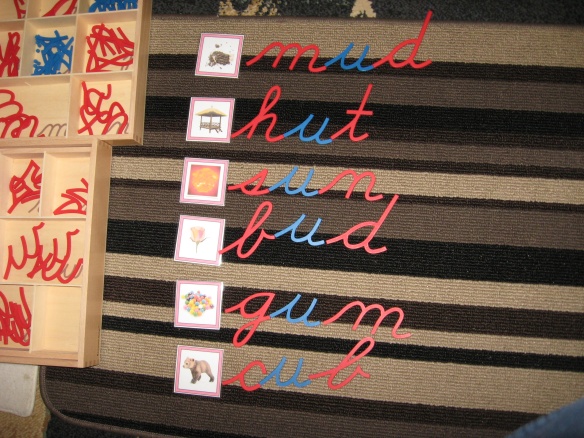 Later I caught her trying to sound out words in a learning to read book.  We’ve looked at the books before but she hadn’t figured out the concept of sounding the words out so I put it aside.  It’s exciting that she’s transferring the knowledge to other areas.  It’s hard to trust the Montessori process because it’s different than what’s traditionally done, but it really works!